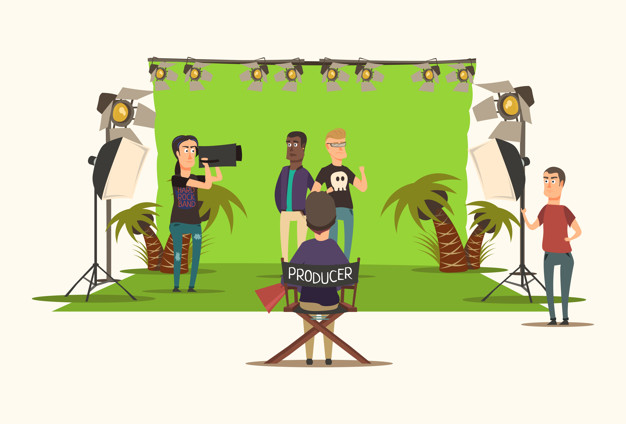 You watch movies and films at a theater near or far away from you, you catch a movie on your television box and you view films digitally too. Films are meant to entertain the audience throughout. If filmmaking is something that interests you, first you should know what is film making and the different film making courses in India will familiarize you with the concept of film making. Film making in academic context may also be film production. In simple terminology, it is the process of making a movie or a film, with motion visuals, actors, characters, that make a film.

Film making is a craft and art for the creative minds and the film courses in India brush your skills and teach you how to be a filmmaker. The process of film making includes various stages and it is extensive. Starting from the conceptualizing of the initial story, to developing it into an idea, to writing it, to selecting the cast who will play the characters, to shooting on location, to the elements of sound recording, dubbing, editing, pre-production, post-production work and screening the movies at a theater. The process is vast.

Film studies help you to understand film making and its technicalities, stages better. If you enroll in a film studies course anywhere in India and learn the craft well, then you stand a chance to make a name for yourself as a prominent filmmaker.

FTII: FTII stands for The Film and Television Institute of India and the institute was set up in 1960 by the Government of India in the city of Pune. The institute offers varied courses for students and they have online short courses too. From Direction, cinematography, editing, sound design and sound recording, video editing, sound recording and television engineering, art direction, screenwriting, screen acting, production design, the universities course matter is vast.

WWI : WWI stands for Whistling Woods International institute is located in the city of dreams Mumbai. Subhash Ghai is the founder of the institute. The courses offered at the institute vary from one to four years’ time duration. From BSc/ BA in film making, to BA and diploma in screenwriting, to certificate programme I screenwriting for TV and web, to advanced diploma in filmmaking specializations, to BA in acting, to advanced diploma in acting, to BBA in media & communication and PGD in media & entertainment. The institute is very good for an aspiring filmmaker.

iLEAD: iLEAD, the Institute of Leadership, Entrepreneurship and Development is one of the top-rated media institutes. Based in the city of joy, Kolkata the university has collaborations with many international universities. The institute was ranked as the 4th best media school in the country by KPMG. The institute offers film making courses both at the undergraduate and postgraduate levels.

iLEAD offers undergraduate programs in Film and TV production. And at the postgraduate level, they offer the Film Making course. These courses make the students film and entertainment industry-ready.

They provide BSC in film and television course and MSC in film making. A film making degree holder from iLEAD has a bright future ahead in the industry.

SRFTI : Satyajit Ray Film and Television Institute, is named after the renowned filmmaker Satyajit Ray. The institute is located in Kolkata, West Bengal. SRFTI was established in 1995. The SRFTI is under the Ministry of Information and Broadcasting of Govt. of India.

From courses in direction, screenwriting, editing, sound recording and design, cinematography, animation cinema, production, the university also has a department of producing for film and TV. These are courses and departments in the film wing of the institute.

These institutes are some top picks for film making courses in India. What are you waiting for, enroll and start your film studies now.