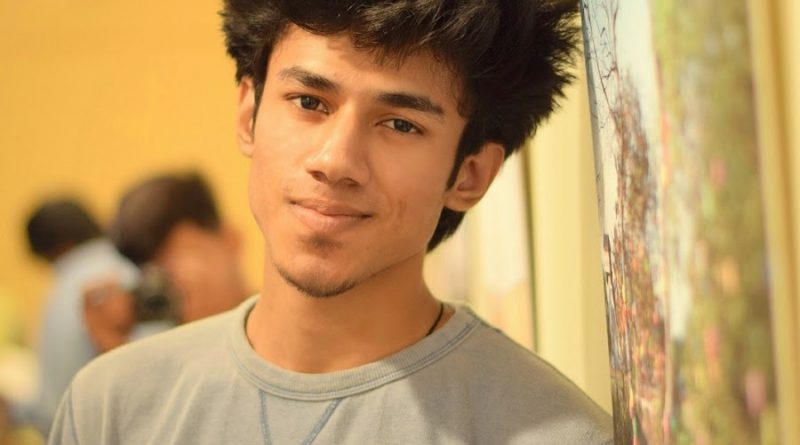 Admiration and respect often make you passionately creative. Inspiration from someone can make you do the unthinkable and lead you to opportunities that may have appeared as distant dreams to you before.

Did you ever try to do something technically creative on the digital platform for your favorite celebrity and then not only got recognized by him for the same but also did land up with a job for your dedicated perfection?

Such an incident took place with a young man called Shivam Jemini. An Amity University student of Journalism and Mass Communication, Shivam found the golden opportunity to work at Shah Rukh Khan’s VFX Company, Red Chillies Entertainment, just like that!

Shivam, a fan of SRK, wanted to thank him for inspiring him and went on to make an alternative version of the trailer of SRK’s film FAN.  He flawlessly replaced himself with SRK in the trailer and it turned out to be stunningly spotless and perfect.

His version of the trailer not only impressed his YouTube channel’s viewers but also made SRK fall for it. He instantly on Twitter offered Shivam a job in his company, Red Chillies. He wrote, “Come and work with us at the VFX studio man. Well done.”

This incident proves that passion enriches your creativity and if given a chance, it may excel more.

How This Story Is an Inspiration

If this passion and admiration are backed with academic knowledge, then it helps you in becoming an expert in the field.

In the case of Shivam, it surely helped him as he was a media student. If you are as passionate as Shivam and also have a source of inspiration like he had from SRK, then back your passion and dreams with a suitable academic background. You never know if you come up to be the next Shivam out there!

We all watch Harry Potter, Jurassic Park, and Star Wars. We marvel at the visuals whenever Harry casts a spell or flies away in jet speed on a broomstick. We wonder about the extinct existence of the dinosaurs when we watch Jurassic Park. Didn’t we all just watch in wonder the beautiful and extravagant visuals of Baahubali?

Those are the magic of some stunning and aesthetic visual effects and we believe the city of Kolkata too can churn out such talents to come up with equally good or better VFX experts in the future.

In the case of aspirants in Kolkata who aim to become visual effects experts, they can try out the VFX course in Kolkata.  There are some great institutes that provide the best VFX training in Kolkata.

From digital designing to digital photography and obviously hands-on experience in 2D and 3D technology, a VFX course in Kolkata provides it all.

Kolkata, known as the cultural capital of India, increasingly has young creative minds. Hence, anyone who is creative, passionate or simply has the aspiration to create an unforgettable visual experience on screen can enroll himself/herself for VFX training in Kolkata now!