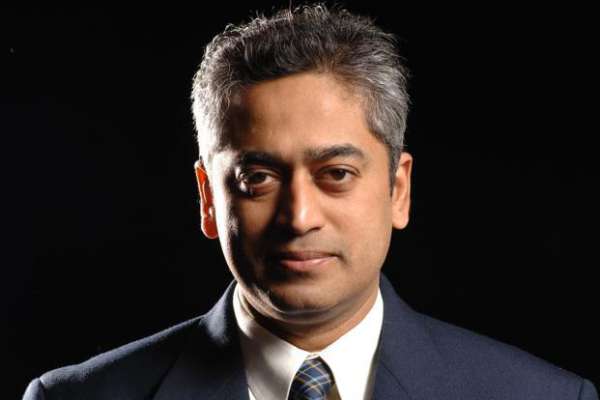 Mass Media is one of the contemporary career choices of several individuals who have creative abilities in them. This field is also welcome for all those who want to do something for the betterment of the society. Unlike the traditional areas of knowledge which need academic rigor, this is a very practical field of education. A student of Mass Media undergoes a training in socially relevant areas like Journalism, Mass Communication, Creative writing, Public relations, Media Management, Current affair analysis and even computer applications in Media. The study of lives of iconic Journalists like Rajdeep Sardesai gives the impression that a person can excel in the field of Mass Media and contribute in setting the mindset of the society for solving its various obstacles. Mass Media institutes in Kolkata create socially responsible Journalist who becomes a bridge between the Government and the Public. Rajdeep Sardesai is an iconic Indian news anchor of electronic news channels. He is also an author on issues like Election scenario in India, Gujrat tragedy and many more such issues. Currently Sardesai is a Consulting Editor at the India Today Group which is also having a Television channel India Today Television. He hosts news programs in that channel. Previously he was the Editor in chief of Global broadcast News which included the channels like CNN- IBN, IBN7 and IBN- Lokmat. Rajdeep Sardesai belongs from an aristocratic family where his father Dilip Sardesai was a former Indian test cricketer. He completed his schooling from Campion school in Mumbai and did his plus 2 from The cathedral and John Connon school. After that he completed his graduation in Economics from St Xaviers College. He then went to University College Oxford for getting the degree of Bachelor of Arts,Master of Arts and also a Bachelor degree in Civil Law. While being at the Oxford , he made six first class cricket appearances for Oxford University and other one for combined Oxford and Cambridge side against the 1987 Pakistan team. He was given a Cricket Blue Award.

How can a student of Journalism and Media create the persona and working dynamics like Mr. Rajdeep Sardesai?

Mass Media is a field which requires creative acumen and a strong opinion formation character for social oddities. Journalistic personalities like Rajdeep Sardesai as such do not have any degree in Journalism and Mass Media but they have the capacity to imbibe, inspire and innovate ideas for the betterment of the society. Mr. Sardesai got the opportunity to start his journalistic career from The Times of India and was the city editor of its Mumbai edition. He them entered the world of Television journalism as the political editor of NDTV group sponsored programs in Television. Thereafter he became the managing editor of the NDTV group News channel NDTV 24X7 and NDTV India. He was given the responsibility of news policy for both the channels of the NDTV group. He rose to fame with is iconic show The Big fight where heavyweight people from Business, Politics, Socialites, Media, Showbiz, Social workers, Intellectuals and many more participated in debates regarding issues of social, national and even global relevance. The show was very smartly and sophisticatedly anchored by Mr. Sardesai.The prestigious Padma shri award  was given by the Government of India for his excellence in the field of Print and Electronic journalism. He was even given the International Broadcasters award for coverage of the 2002 Gujrat riots. Finally he was also conferred the prestigious Ramanath Goenka Excellence in Journalism award. The unending spirit of find out the correct new and analyzing its multifaceted aspects is the attribute which makes this icon of Indian journalism truly an inspiration for all Mass Media pursuing students and the educational platforms. Media college Kolkata generates quality journalism and mass communication professionals for socio -economic development and triumphing over varied impedances and hindrances during the process.